Book your Morocco private tour with a local travel agency

Touring In Morocco is a local travel agency based in the Sahara desert of Merzouga. Our mission is to provide our clients with the best private tours in Morocco. Our staff is composed of professional guides and drivers that speak several languages including English, French, Spanish, Arabic, and Tamazight (Berber).
Getting in touch with us means benefiting from our high-quality services. We will make our best to show you the beauty of our country and communicate with you during the trip to insist you with anything you may need. Feel free to contact us.

Touring In Morocco is a local travel agency that customizes private tours, city and desert tours from Casablanca, Marrakech, Fes, and Tangier.  Our team of professional guides and drivers, with more than 10 years of experience, will make sure to offer you the best experience ever. Feel free to get in touch with us!

Morocco is a country of diversity and stunning landscapes. When booking one of our private tours, you will have the chance to explore the beauty of Morocco,  try its delicious food, and many more other things. Moreover, you will be amazed by the variety of things that this country offers in terms of culture, natural landscapes, and weather.

Variety of tours and options

We have customized different tour itineraries, private and shared tours, from different cities. However, if the tour you are looking for is not there or the program does not suit you, feel free to contact us. We will be more than glad to adapt the itinerary to your needs. Also, if you have any question about our tours, reach out to us.

Whether it is your nationality, gender, religion or sexual orientation, Touring In Morocco will always welcome you with warm arms. We believe that everyone is equal and has the right to travel and discover the beauty of our country. No place for racism or discrimination in our company.

Why to choose Touring In Morocco?​

Our philosophy, principles, and knowledge in the sector of tourism in Morocco strengthen our ability to understand your expectations; consequently, we have every right to plan a trip with you that corresponds to your dream vacation.

Whatever type of travel in Morocco entices you: solo traveler trips, family trips, couple trips, or even small group trips, Touring In Morocco travel agency always considers: guiding you towards human contacts with the locals, creating responsible and supportive tours, and always looking for the authentic beauty of the sites to be visited.

First and foremost, our company was founded by professional tour guides. After more than ten years of guiding, we have a great understanding of the Moroccan territory and we know what visitors expect. Our own tours define who we are.

We have the required knowledge after accompanying thousands of visitors to understand what catches their attention and keeps them pleased. From your initial contact with us until the end of your journey, traveling with us means taking use of all of our experience and best-guaranteed services.

Providing a good balance between price and quality: Touring In Morocco does not focus on reducing prices excessively in order to sell off quality but instead seeks to provide you the best balance of quality of services and pricing. As a result, we are devoted to offering our clients high-quality vacations at reasonable costs. We always ensure the quality of our services and work hard to offer you the highest services possible.

Every member of our company knows and embraces the “word-of-mouth” idea; our local specialists must be well-versed in the industry to provide you with perfect services and flawless logistics.

We assure you that we will be accessible to support you in case of need or incident during your trip by being serious in the follow-up of your trip (from the first contact until your departure), attentive to the quality of the services, and their compliance. We will be there to greet you as soon as you arrive at the airport and will follow you until your departure.

A company on a human scale:

Touring in Morocco is a human-sized agency. Traveling with us means you’re also a part of our larger experience. For the last ten years, our enthusiasm for tourism has guided us every day in the design of our excursions, the life of the company, and the care of our visitors. Similarly, we facilitate interaction with the country’s residents, particularly nomads, in order to learn about their way of life and culture.

We leave it up to the customer to convey his or her satisfaction. Several tourists have put their confidence in us, and 99 percent have departed completely satisfied. In addition, we are quite happy to be highly rated on Tripadvisor.  Our agency is not limited to these results but works to maintain its great position as one of the best experts in planning trips to Morocco, using an ever-increasing quality approach.

If you want to change the itinerary at any moment throughout your trip, we will adjust your trip to your own needs and make changes to the original program together. We are capable of dealing with unanticipated circumstances. In the event of a sudden occurrence, there is immediate engagement and resolution.

This is one of the most important points of travel agencies: give the finest service possible at the best price. Travel must be synonymous with leisure and relaxation, which is why using a travel agency must eliminate any limitations and concerns, leaving you to focus only on your well-being and rest. So, are you ready to take that step? Contact our travel company to arrange your next trip and travel with your family without worrying about anything other than rest, relaxation, and idleness. We are confident that you will find the location of your dreams at the best possible price when you book with us.

With our Morocco privates tours, you can discover the country starting from Marrakech, Casablanca, Fes and Tangier. We have customized different tour itineraries depending on the request of some of our previous clients. However, if the plans mentioned below does not meet your needs, feel free to contact us and customize your own itinerary. 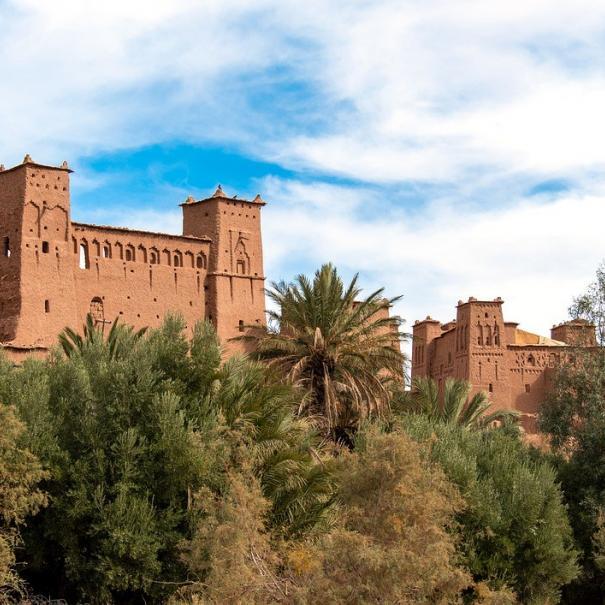 8 days tour from Marrakech to Fes 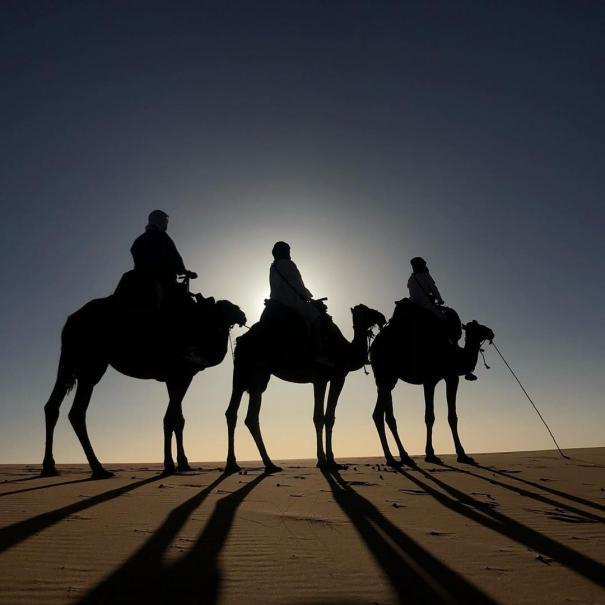 7 days Morocco itinerary from Marrakech to Fes across Merzouga desert 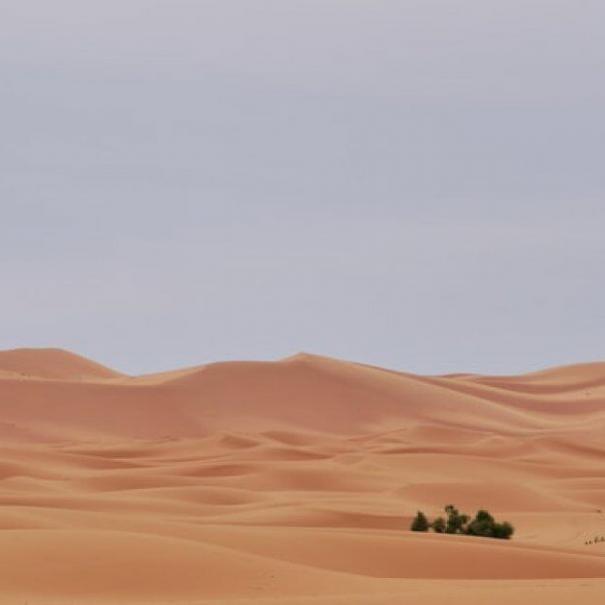 6 days Touring In Morocco from Marrakech

Book the 6 days from Marrakech to Merzouga desert tour itinerary 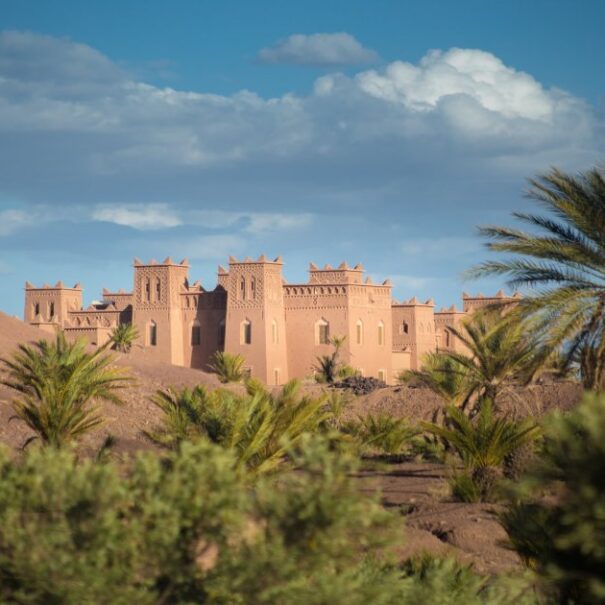 4 days tour from Marrakech to Fes

Touring In Morocco's 4 days tour from marrakech to fes 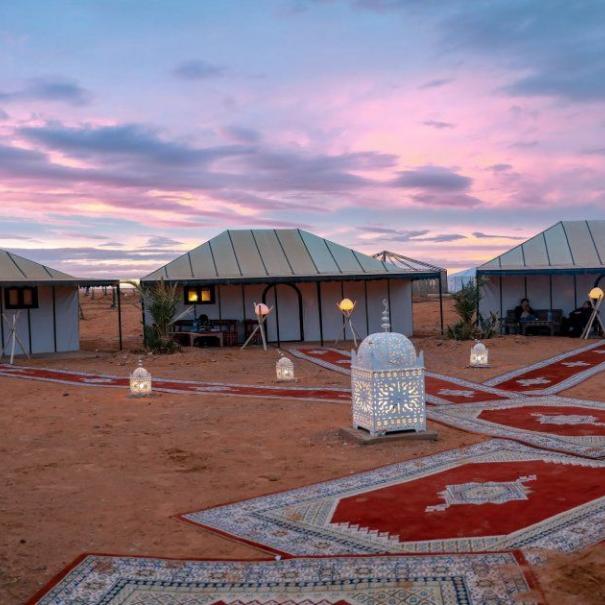 5 days desert tour from Marrakech to Fes-Tours In Morocco.

Join our 5 days desert tour from Marrakech to Fes via the Sahara desert. 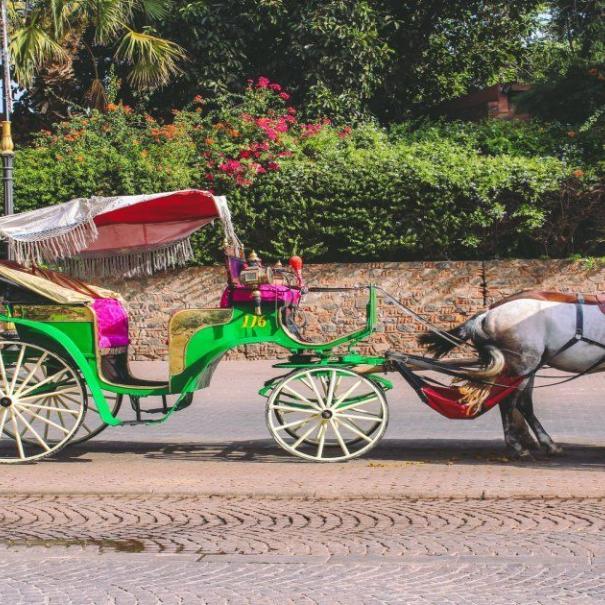 Marrakech 5 days itinerary across the Sahara

Customized Touring In Morocco trip for 5 days from Marrakech and back. 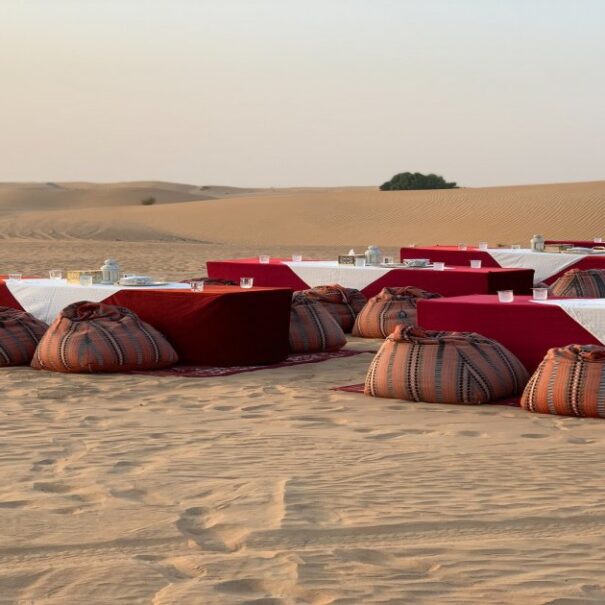 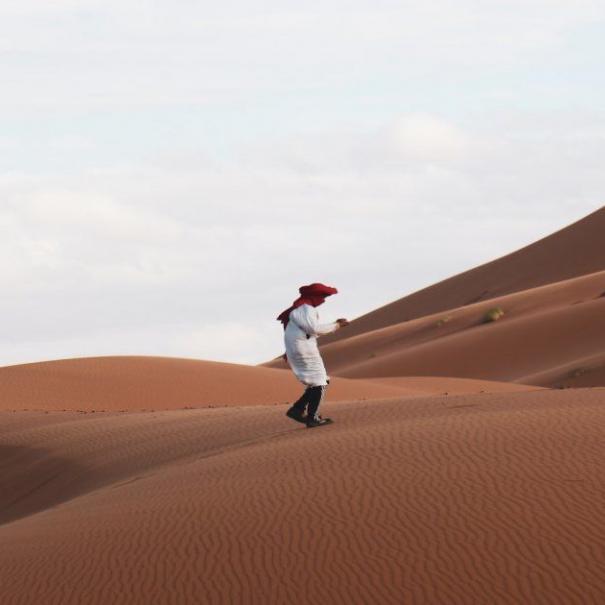 3 days from Marrakech to Fes via desert.

Book your 3 days from Marrakech to Fes via desert with Touring In Morocco. 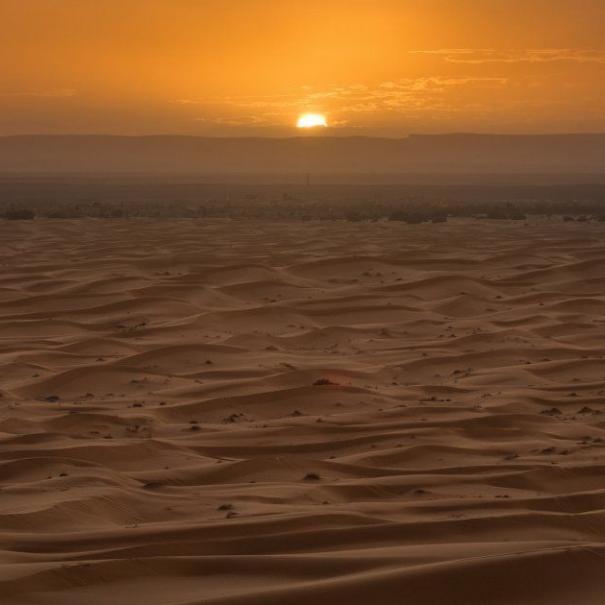 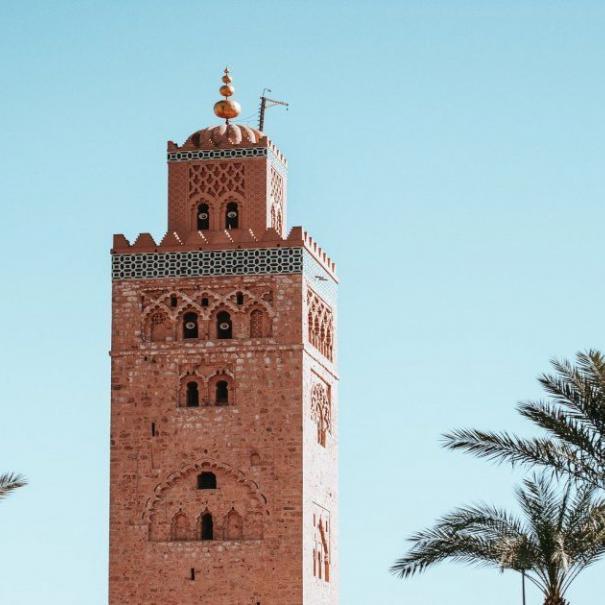 2 days trip from Marrakech to Zagora 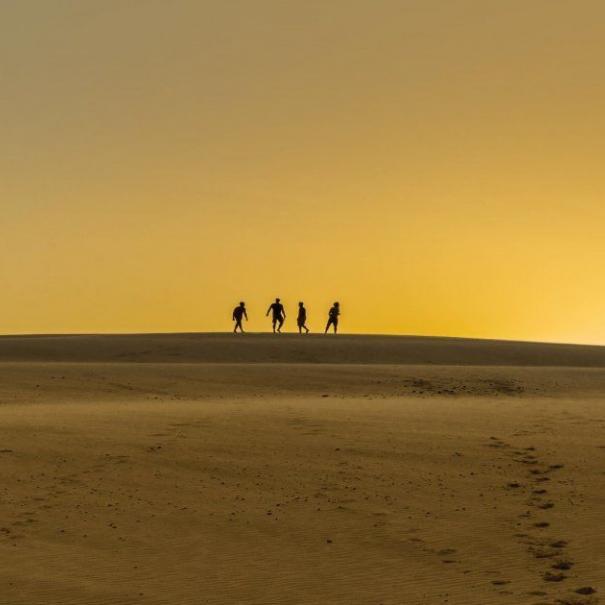 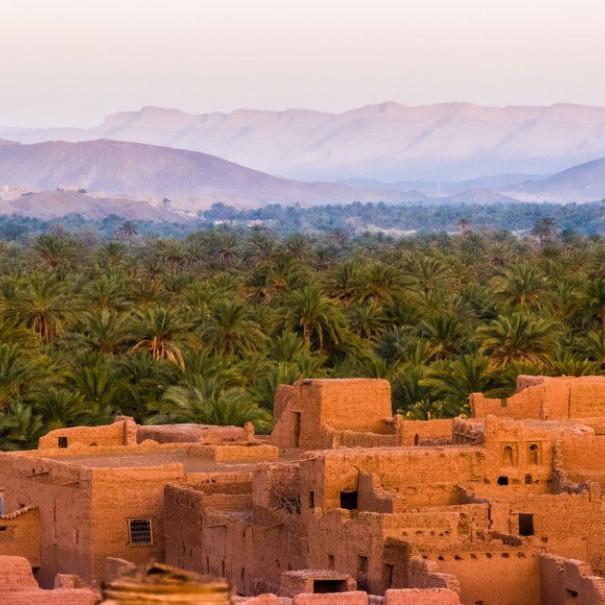 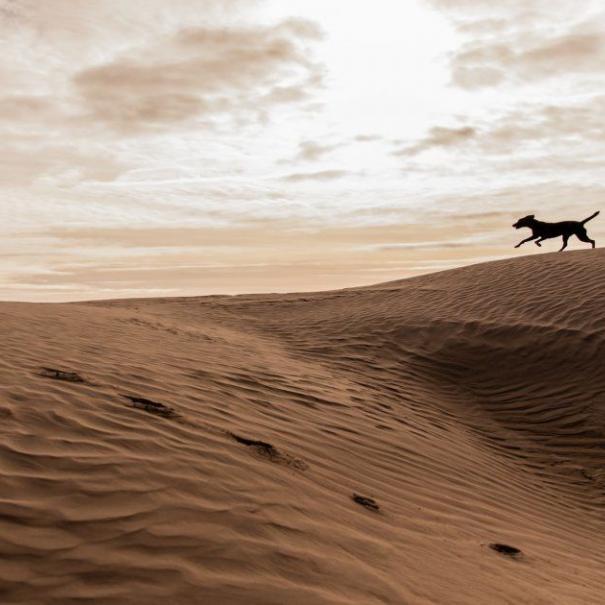 4 days tour from Fes to Marrakech

You have 4 days in Morocco? the tour from Fes to Marrakech itinerary is here for you! 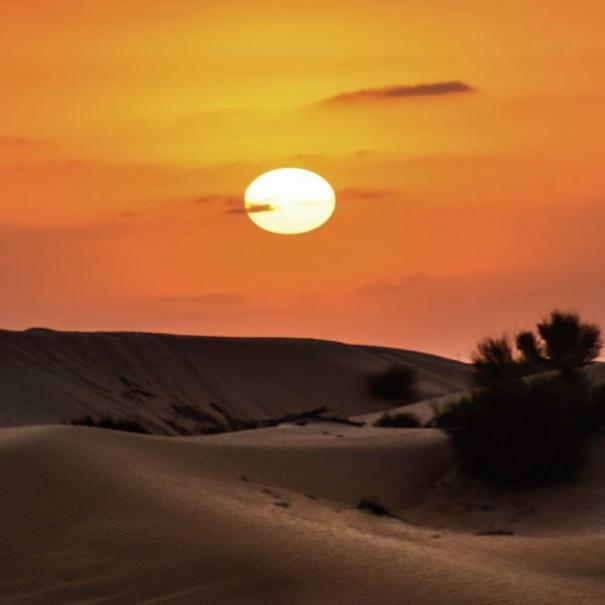 Touring In Morocco 3 day tour from Fes to Merzouga desert 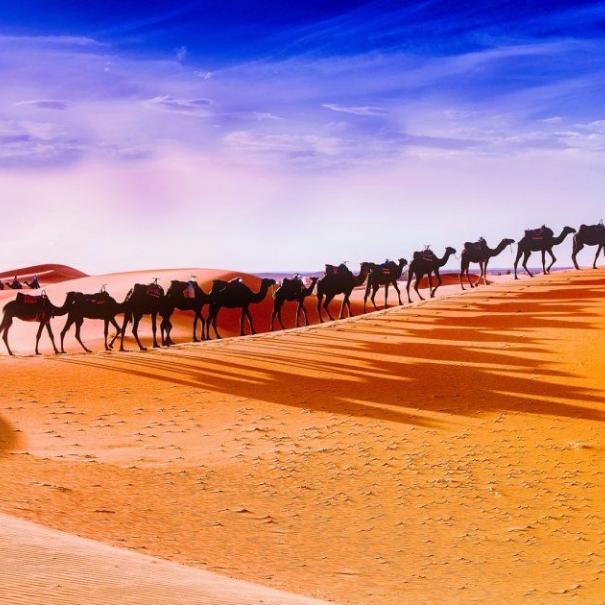 Touring In Morocco, 3 days desert tour from Fes to Marrakech 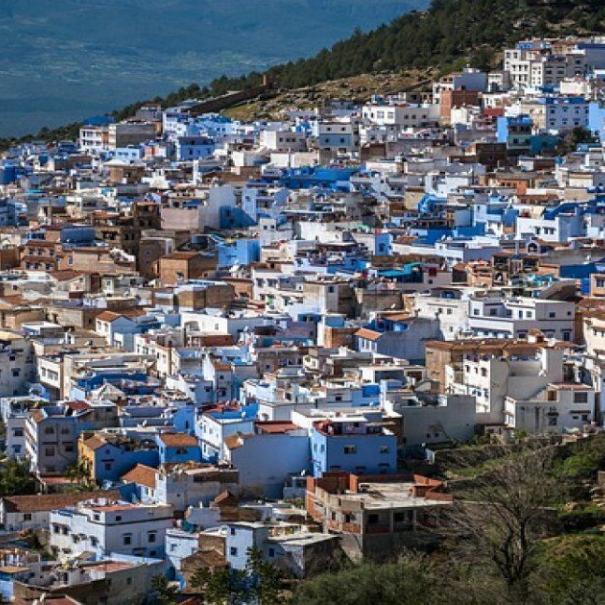 Fes to Chefchaouen tour in 2 days

A 2 days tour from Fes to Chefchaouen via Meknes 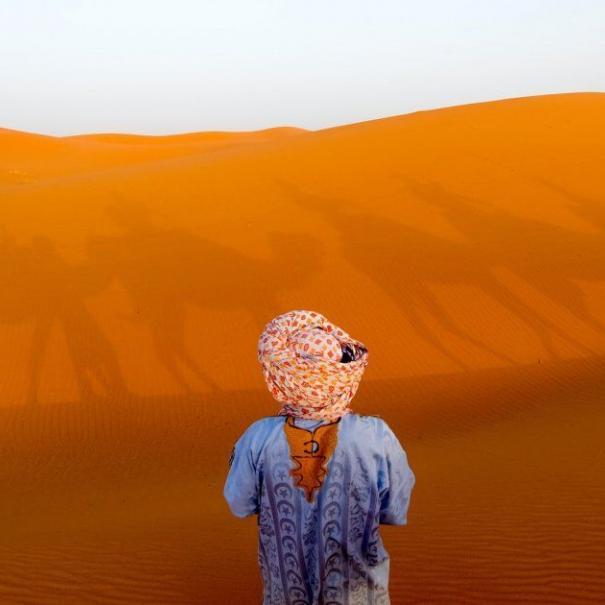 6 days tour from Fes to Marrakech 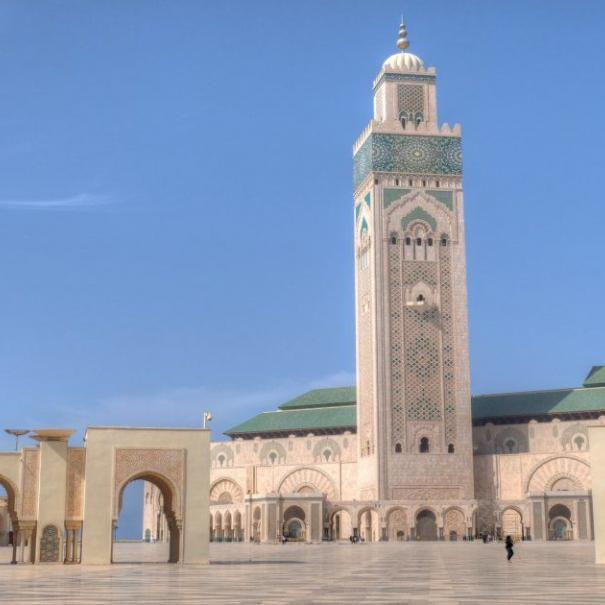 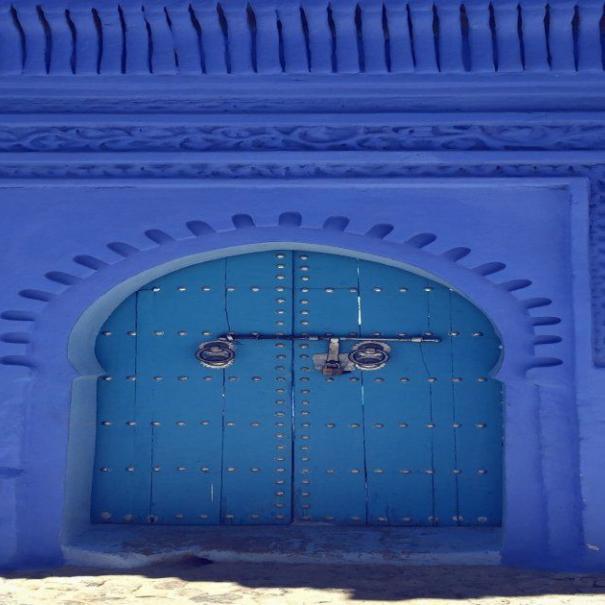 An itinerary for 10 days tour from Casablanca 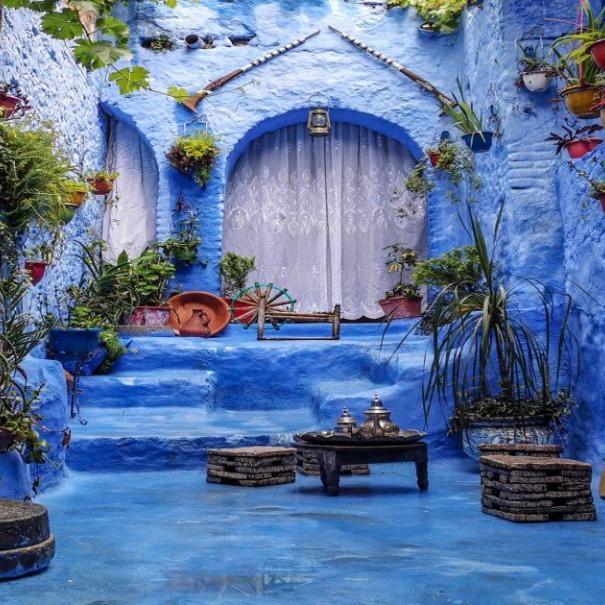 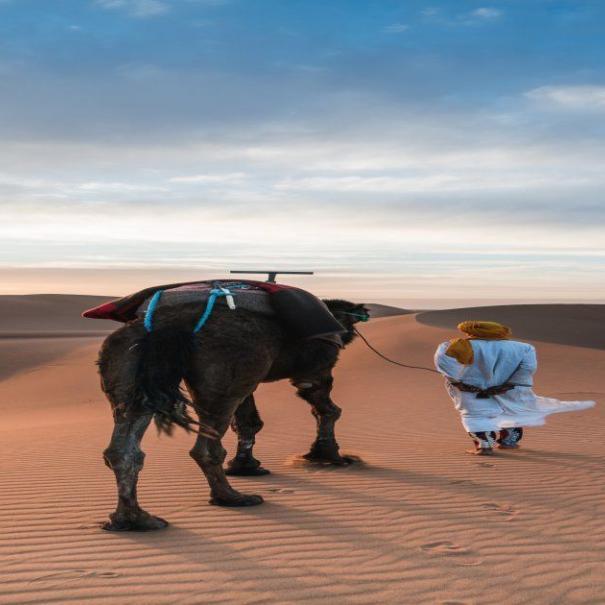 Join our grand Morocco 2-week itinerary across the Sahara desert. 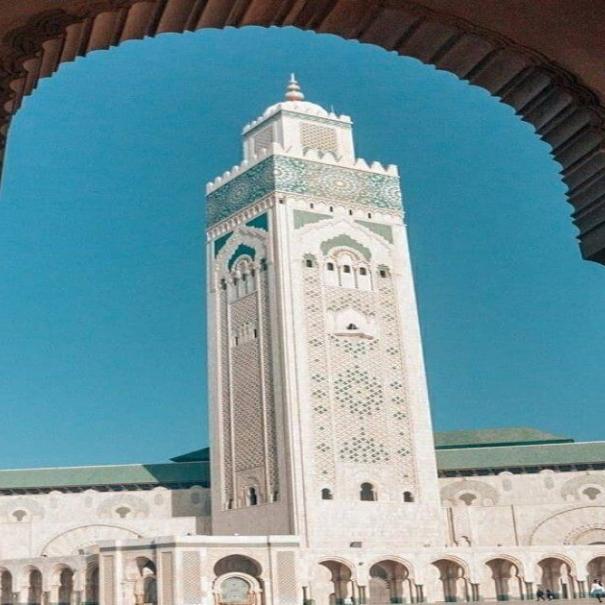 Book your 8 days desert tour in Morocco from Casablanca 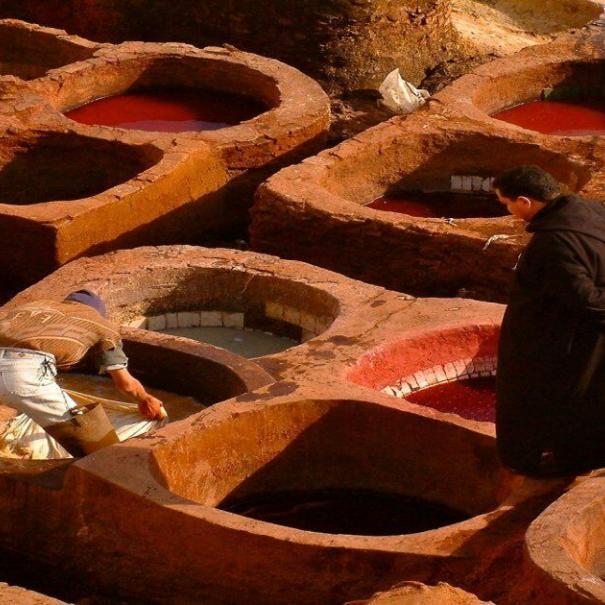 Morocco tours itinerary of 5 days tour from Casablanca to Marrakech 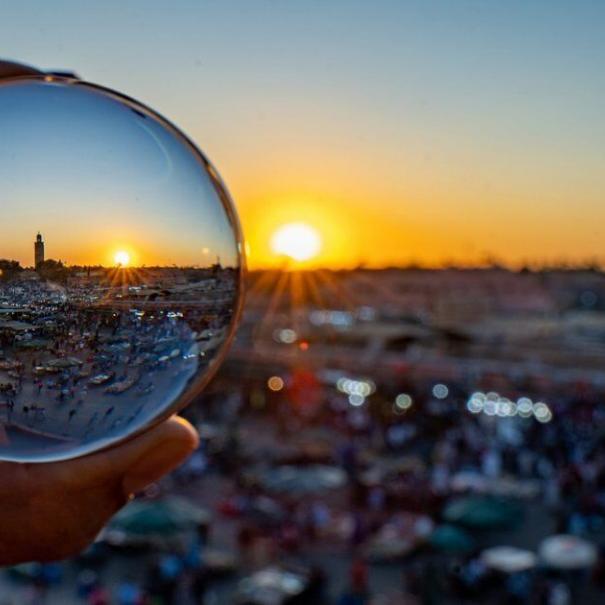 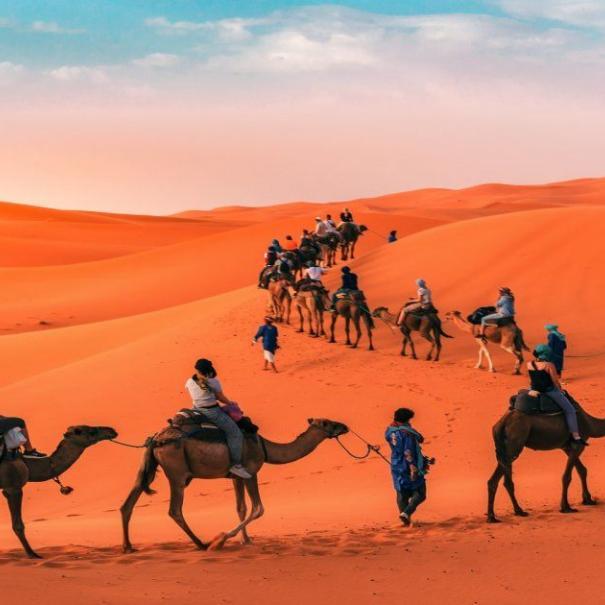 An itinerary for 7 days tour from Tangier across the Sahara desert. 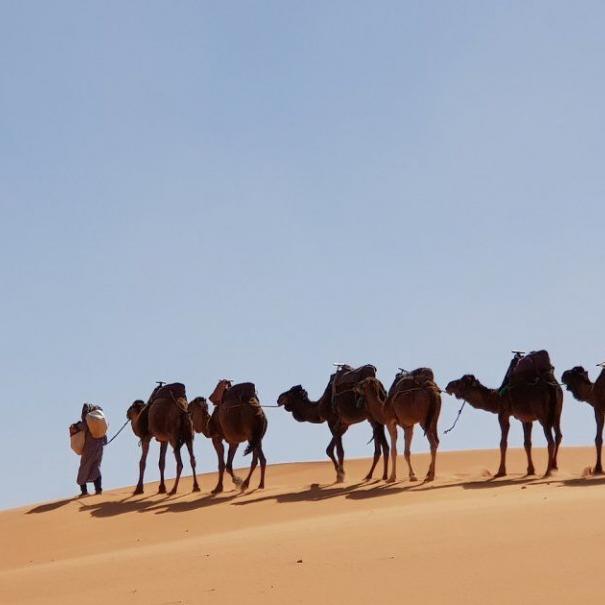 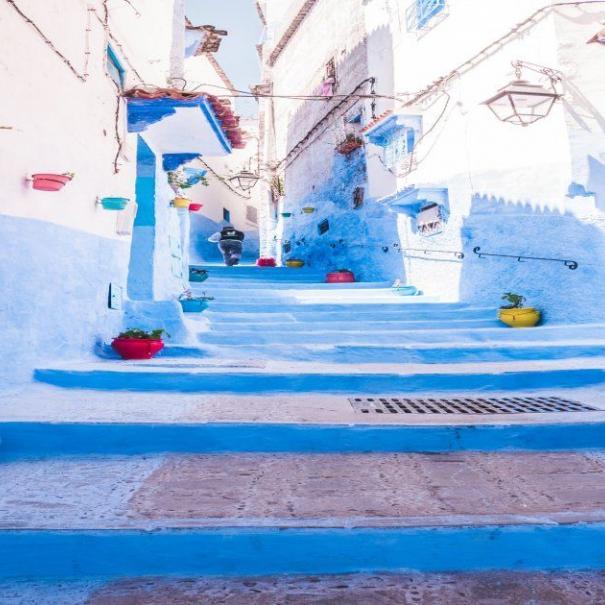 2 days tour from Tangier to Chefchaouen across Akchour

Itinerary for two days in the north from Tangier to Chaouen 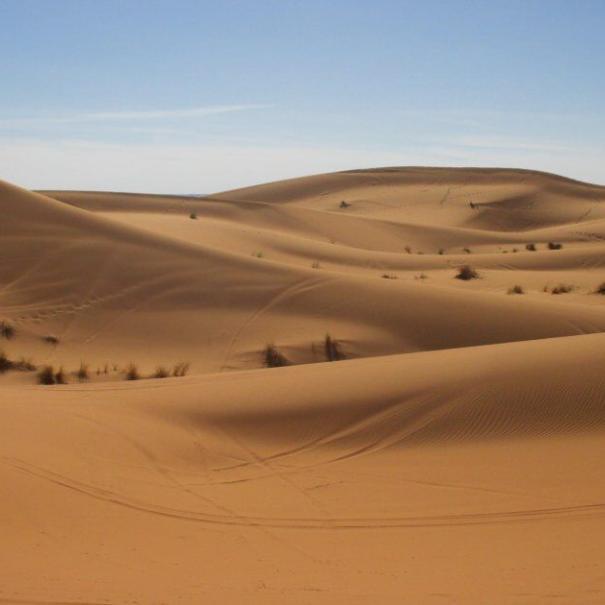 Fill in this contact form with the necessary information. Please don’t forget to mention the tour you are interested in booking. We will get in touch with you as soon as possible.

The red city of Marrakech:

Marrakech, often known as the “Red City,” features one of Morocco’s biggest Medinas. It is a medieval city with red walls, which gives it its name, and it is home to many monuments and historical landmarks, making it one of the country’s most popular tourist attractions.

The first ruler of the Almoravid dynasty, Youssef Ibn Tachfin, founded the city of Marrakech in 1062: the city quickly became an important religious and cultural center fortified by ramparts.

The city was invaded by the Almohads in 1147. The latter executed the last Almoravids and destroyed most of the city’s buildings. They founded new palaces and religious monuments such as the Koutoubia mosque, built on the remains of an Almoravid palace.

Marrakech was re-elected capital of the kingdom at the beginning of the 16th century. During this period, magnificent palaces were built.

At the end of the XVIIth century, the throne was moved to Fes, then to Meknes.
The French protectorate was established in Morocco in 1912.

The blue pearl of Chefchaouen:

The city of Chefchaouen was founded in 1471 by Sherif Ali ibn Rachid al-Alami. Its construction ended in 1480 and the city began to welcome Moriscos and then Andalusians. The power exercised on this city of the Moroccan north is characterized by a great religious intolerance: the city is forbidden to the Christians at this date and this, until 1920! As for the Jews, they were tolerated in their mellah district but could not leave it, the rest of the city being hostile to them.

The city was annexed to Morocco by the Saadians in the 17th century and conquered by the Spanish in 1920. Like the other cities of the Spanish protectorate, Chefchaouen was returned to Morocco at Independence.

The cinema city of Ouarzazate:

Nicknamed the “gateway to the desert” because of its proximity to the desert, the city attracts many visitors thanks to its magnificent oases, its villages of red or ochre earth and its palm groves.

Ouarzazate has many beautiful sites to see. Visitors will mainly go to the Kasbah of Taourirt (classified as a UNESCO World Heritage Site), the Kasbah of the Glaoui of Telouet, the medina, the cinema museum, the Al-Mouahidine Square, the Congress Palace, the March 3 Square and the Atlas Studios.

The Sahara desert of Merzouga:

Merzouga is well-known for its dunes, which are the highest in Morocco. The hamlet is located next to Morocco’s largest Erg, Erg Chebbi. The magnificent golden dunes of Erg Chebbi are among the most beautiful in the world. Sometimes, sand dunes can reach a height of more than 150 meters. They extend all the way to the horizon from the well-known Valley of Ziz and the Algerian border.

There are a plenty of activities to do there, such as camel riding, quad biking, and sand bathing in summer.
Being in the middle of the Sahara desert allows you to have a relaxing moment of tranquility. Don’t miss out on the unique splendor of the night sky.