18 Top Things to Do in Meknes, Morocco 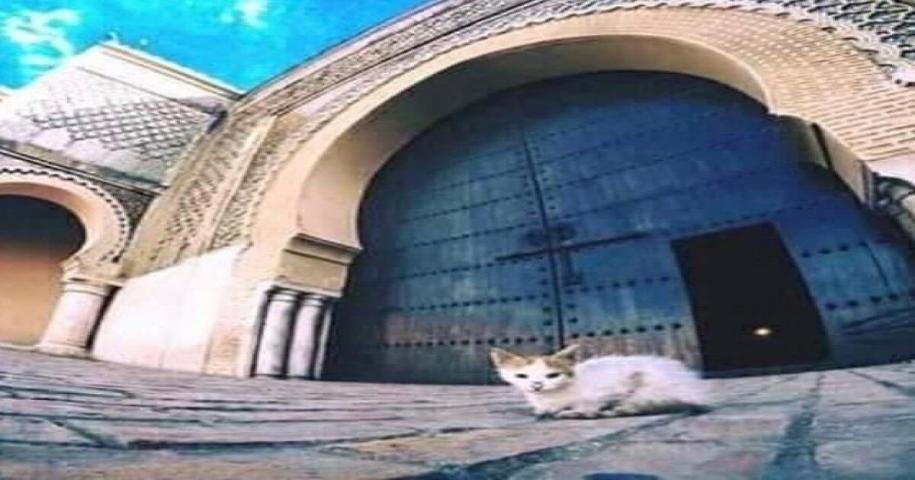 Meknes is located in the north of the country, Meknes sees fewer visitors than the iconic cities of Fes and Marrakech. Still, it is one of Morocco’s four imperial cities with historic Medina walls and beautiful Moorish architecture. Visitors can tour ruins and museums that reference the city’s 11th-century founding. Also, its years as the capital of the Moroccan sultanate in relative peace; while modern attractions include authentic riads and an excellent culinary scene. Here are the top 18 things to do in Meknes. For Morocco tours to Meknes from different cities, please click here.

Meknes and the top sites to visit:

1: Take a stroll through the historic medina of the city :

The Medina of Meknes, inscribed on the UNESCO World Heritage List in 1996. Dates back to the 11th century, when they founded the city as a military settlement. Today, it is a labyrinth of magnificent architecture in various states of repair. That’s to say, most of which reflect the Spanish-Mauritanian style popular with 17th-century sultans. Stay within the high walls of the Medina and discover historic mosques, mausoleums. In addition to that, visit towers and madrassas with flecks of bazaars selling traditional Moroccan handicrafts.

2: Photo of the Meknes Gate of Medina :

The walls of Medina include more than 20 gates, many of which are architectural monuments in their own right. Of these, the most famous is Bab Mansur. The latter is commissioned by Moulay Ismail and built five years after his death in 1732. The gate is 16 meters high and eight meters wide, magnificently decorated with green and white zellij tiles. Also, three graceful arches and columns were taken from Volubilis and El Badi Palace. The 17th century Bab el-Hemis Gate is another photogenic landmark.

3: Explore the Museum of Moroccan Art :

Also known as the Dar Jamai, the museum is housed in a 19th-century palace with spectacular Andalusian architecture. Moreover, it is a peaceful courtyard garden. Inside, look out for exquisite examples of traditional carved plaster, tile, and carpentry. The museum’s exhibits. In other words, focus on Moroccan handicrafts they decorate them with beautiful artwork in leather, ceramics, copper, silver. Opening hours are 9:00 a.m. to noon and 3:00 to 6:30 p.m. every day except Tuesday.

Continue to appreciate Moroccan art at the Meknes Museum. It is located just 400 meters from Dar Jamai in the heart of the Medina. The small museum, housed in a modest building, is home to yet another treasure trove of clothing. Further, jewelry, ceramics, and magnificent Moroccan carpets. A special highlight is a decorative suit of armor dotted with turquoise, coral, and old coins. Admission costs 10 dirhams and the museum is open from 9 a.m. to 6 p.m. Tuesday through Sunday

5: Get your ceramic repair at the Borgia Belkari Museum :

If you particularly have an interest in ceramics, the museum located in the Borj Belkari tower is a must-visit. It specializes in pottery from the northern Rif cultural region, from prehistoric times to the present day. Among the permanent collection are fine examples of the heyday of the Islamic sultans. Moreover, the modern workshop features pottery from all over Morocco. They built the building itself in the 17th century as part of the city’s defensive walls. Admission costs 10 dirhams.

6: Walk through the ruins of the royal stables :

The despotic 17th-century Sultan Moulay Ismail commissioned many of Meknes’ iconic architectural monuments. Of these, perhaps the most impressive is the royal stables. Built to house 12,000 horses in luxurious comfort, the ruined stables now include a huge granary for storing horses. Today, the scale of the stables is almost as impressive as the ingenuity of their design. Admission costs 10 dirhams and the site is open daily from 9:00 to noon and 3:00 to 6:30 pm.

7: A visit to the Mausoleum of Moulay Ismail :

The Moulay Ismail Mausoleum is an oasis of tranquility located in the center of the old city. It is one of the few Moroccan sacred sites open to non-Muslims. The interior is a collection of exquisitely that they decorate courtyards that lead to the shrine where they buried the sultan. Although non-Muslims may not enter the tomb itself, it is visible from the entrance hall with its beautiful plasterwork, enameled woodwork. As well, they decorate it with zellij mosaics. Admission is free, though donations are welcome.

The landmarks of Moulay Ismail were built by slaves who were held in horrible conditions in an underground prison known as the Habs Cara or Cara Prison. The chambers take their English name from a Portuguese architect who was himself a prisoner until he earned his freedom by directing their construction. Not to mention, more than 60,000 slaves were held in the underground quarters, two-thirds of whom were considered Christian prisoners of war. Tours cost 10 dirhams and are available every day except Monday.

9: Enjoy the view on the rooftop of the Bou Inania Medersa :

Although the Meknes ‘Bou Inania Medersa is a smaller and less ornate affair than the Fez Mazda of the same name, it remains a fine example of a traditional school of Islamic worship. They complete it in 1358 to house students and teachers associated with the Great Mosque across the street. Admire the carved cedar ceilings, stucco, and zellij floors of the Madrasa communal space or climb to the roof for a stunning view of the mosque’s minaret and historic Meknes.

A Caleche horse-drawn stage or carriage tour is a great way to explore the city for those who share Mulay Ismail’s love of horses (or just don’t have the energy to walk). The carriages are fabulous works of art, complete with elaborate awnings and curtains. Routes usually pass through the city gates and past some of Meknes’ most recognizable landmarks. Catches take up to five passengers and can be hired for about 100 dirhams per hour.

11: Catch a performance at the Institut Français :

At the center of contemporary culture in Meknes is the French Institute, located halfway between the ancient Medina and the Ville Nouvelle on Ferhat Hashad Street. This modern building houses an eclectic calendar of plays, films, and art exhibitions, though keep in mind that they are all in French. If you plan to spend some time in Meknes and want to better understand the colonial language of Morocco, the institute also offers French courses.

El Khedim Square is Meknes’ answer to Jemma El Fna square in Marrakech. Located in the heart of the Medina, it is a natural meeting place for locals and visitors, and a great place to enjoy the atmosphere. Street performers (from musicians to snake charmers) entertain the crowd, and one side is occupied by cafes, restaurants, and an indoor food market. Stop for a cup of mint tea or authentic Moroccan street food at sunset.

13: An example of the Meknes culinary scene :

Authentic Moroccan cuisine and African interpretations of traditional French cuisine dominate the culinary scene in Meknes. Head to the local restaurant Ya Hala, where you can sample exquisite Moroccan dishes, including tagine, couscous, and pastilla made fresh to order; or mingle with locals over mint tea and pastry in the Opera Café. For a more sophisticated dining experience, try Bistrot Art & Le Wine Bar, where they complement the fusion menu with an impressive wine list and floor-to-ceiling views of Meknes.

14: Master the art of Moroccan cuisine :

Learn how to recreate your favorite Moroccan dishes at home with a local cooking class. In Meknes, one of the best places to learn the country’s culinary arts is Riad Lahboul, which offers seminars for guests and non-guests. Choose a half-or full-day course or an in-depth week-long extravaganza combined with trips to the city’s bread ovens and markets. At the end of the day, sample your creations with your classmates.

15: Experience the luxury of a traditional riad :

The most authentic accommodation option in Meknes is the riad (or traditional Moroccan house), which has been transformed into a luxury boutique hotel. There are plenty to choose from, among our favorites is the Riad Palais Didi, whose thesis is related to the current owners and comes from Sultan Moulay Sulaiman. In addition to five suites and seven luxurious double rooms, the hotel boasts a rooftop terrace overlooking the Medina. The Riad Yacout and Ryad Bahia are worthy alternatives.

16: Plan a day trip to the ruins at Volubilis :

To the north of Meknes lie the ruins of Volubilis. One of the best-preserved ancient monuments in Morocco, the city was once the capital of the kingdom of Mauritania and then the southernmost outpost of the Roman Empire. The excavated ruins, which can be explored today, include a triumphal arch, a Roman forum with original columns, and a number of private houses with stunning mosaic floors. The ruins are open daily from dawn to dusk and cost 20 dirhams to enter.

17: Spend the night in nearby Mulay Idriss :

If you want an overnight trip, consider combining your visit to Volubilis with a stay in Moulay Idriss, a whitewashed mountain town located five kilometers southeast of the ruins. Considered a sacred site for Muslim pilgrims, the town has been open only to non-Muslim overnight visitors since 2005 and retains a sleepy, unparalleled trail atmosphere. Stunning mountain scenery, authentic cafes and restaurants, and a selection of charming lodgings await you, including the first-class Dar Zerhoune bed and breakfast.

After Meknes’ casual introduction to life in the Moroccan imperial city, you may find yourself ready for the hustle and bustle of nearby Fez. Fez can be reached in just one hour by car. It is the oldest of the imperial cities and another UNESCO World Heritage Site. Main attractions include the chaotic ancient Medina, traditional leather tanneries, and the Kairaween Mosque. The latter is the second-largest mosque in the country and home to one of the most important libraries in the world.

Touring In Morocco is a travel agency in Morocco that customizes tours. Therefore, you can contact us to book a tour to Fes from Meknes or any other city.

Is Meknes worth visiting?

Meknes is famous for the prison of Cara, Bab El Mansour, Srij Swani and Volubilis. Therefore, it is worth visiting.

How many days do you need in Meknes?

Meknes can be visited in one day if you have your own transportation.

How do I get to Volubilis?

Volubilis is about 13km from Meknes, you can get there by taking a small taxi or renting a car.